Many years ago, I realized that the best part of the Bible study I attended was our time praying together. Way back in those days, I mostly listened and was intimidated to pray out loud, but I knew that was the most powerful part of our time together. It took me a long time to understand that all I really needed to do, was to remember who it was that I was talking to and to stop worrying about what others might think of my words.

I loved that group as I was a newly committed Christian and hungry to learn. I never missed our Friday night study. Now, fifty years later I am still in touch with the remaining members of that study. When we get together our conversations are still meaningful and challenging. The relationships we formed at that time are still solid and reliable. I still know that all I need to do is ask them to pray about something and they will be right there.

But we get complacent even about prayer. Up until recently, we in North America, lived in a relatively safe environment, where we lack for very little that we can’t get for ourselves. I know I’m speaking generally, and this doesn’t apply to everyone, but most of us lived busy, self-sufficient lives, where we could control much of our world. It became easy to be distracted from what is really important.

In 1998, I went on a mission trip to Haiti with other folks from Arlington Woods Church. The group was about 20 people and was led by Lenore Dunn. Prayer was an integral part of our preparation for this journey. I particularly remember one Sunday morning when the entire team went up to the prayer rail and the rest of the congregation gathered around us to ensure God’s blessing as we went. Lenore described how while she prayed for the team during her devotions, she got an image of us where she saw us in a vulnerable place. We were inside a circle of hedges made out of thorns with roaring lions outside but guarded by angels. A spiritual battle was going on and we needed to be prepared. She quoted the following scripture which God gave her and assured us that nothing could harm us, but that experience told her that we needed to be doing our part through prayer.

and you make the Most High your dwelling,

no harm will overtake you,

no disaster will come near your tent.

For he will command his angels concerning you

to guard you in all your ways;

they will lift you up in their hands,

so that you will not strike your foot against a stone.

You will tread on the lion and the cobra;

you will trample the great lion and the serpent.

This scripture later became very meaningful for me, and perhaps to the others on the team. I believe, it guided us for the ten days we were away.

The battle began for me even before the trip, as my mother was rushed to hospital a little more than a month before the trip and it was touch and go if she would survive. I was back and forth to Toronto a couple of times during that period but never thought that I might have to cancel this trip. By the time we were scheduled to go she was out of hospital and back in her residence.

I had never been to a third world country before, and although my preparation involved a lot of reading about Haiti, I was still very ill prepared for the sights, sounds and circumstances we encountered as soon as we got off the plane in Port-au-Prince. It was so alien; it was almost overwhelming. I found myself very much out of my depth and shocked by things that were obviously commonplace for the citizens of Haiti. 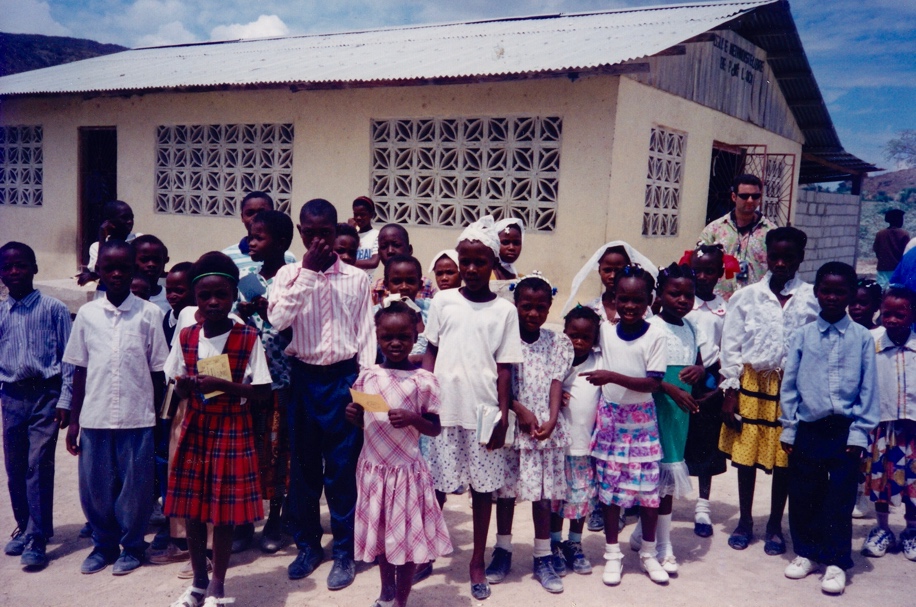 It wasn’t very long before I found myself engaged in a serous conversation with God as I processed what I was feeling and seeing. I wasn’t sure I could cope and knew I needed His help. Don’t get me wrong, nothing very dramatic happened while we were there, but, just the same, it was another world.

Still, as I processed my surroundings and asked God about the things we saw, it was as if the spiritual battle became more and more visible as I turned to Him for reassurance and guidance. Almost daily, we witnessed God at work in the midst of difficult circumstances and we met many amazing Christians who constantly lived with great difficulties in their lives and who relied on God much more, I felt, than I did.

Since that trip, I have never looked at my Christian walk and the value of prayer in the same way. I know there is evil abroad in the land, but I have also seen God’s hand at work. I’m not sure how to describe it but the more I relied on the Lord the clearer the battle around us became. I was encouraged by the faith of the Haitian Christians we met and by how we saw God at work in Dessalines, the town where we stayed. I knew what side I was on and how dependent I needed to be on my relationship with my Saviour.

Being uncomfortable and insecure does have its upside. I was left in very little doubt of whose I was and which side I was on. Abiding in the Lord and trusting Him were only too clear.

Returning home, I have tried to maintain that awareness ever since. We live in a world where a battle is always raging between good and evil, yet we can so easily be blinded to it.

This pandemic is just the same. It too is a battle between good and evil in the spiritual realm. Our responsibility must always be to communicate with God and listen to his voice, to look around and observe what is really going on. What is God doing in our world? How does he want us to respond to make a difference? Should we be giving a cup of cold water to someone who is thirsty or is he calling us to take a stand or to just lift up one another in prayer?

He has placed us in this community, in our families, with our friends and in our country to participate in this battle. We are not here by chance. We are His hands and feet for the gospel. It is exciting to see Him at work and to be part of His plan.

I can’t wait to see what else He is going to do. Keep asking Him what part you can play in His plan and expect an answer.

Rejoice in the Lord always. I will say it again: Rejoice! Let your gentleness be evident to all. The Lord is near. Do not be anxious about anything, but in every situation, by prayer and petition, with thanksgiving, present your requests to God. And the peace of God, which transcends all understanding, will guard your hearts and your minds in Christ Jesus.

This week's song, "The Blessing", has resonated with the world during the COVID-19 pandemic.

This rendition was done by churches across Canada.

What a great experience Lynne! Thanks for being so open and honest with your fears and concerns during your mission trip to Haiti. No doubt a life-changing experience for you and all those with you. xo
Categories
Archives
/awwomenblog.php
Arlington Woods Free Methodist Church
225 McClellan Road, Nepean, Ontario, K2H 8N5
Tel: (613) 596-9390 | Fax: (613) 596-5576 | Email: Info@ArlingtonWoods.ca
Office Hours: Monday - Friday, 9:00am - 4:00pm
Site designed by / powered by Ministry Builder